HUTTOPIA, A WORLD IN THE HEART OF NATURE

In today’s urban cities, in response to our increasingly fast-pace and connected city lives, we find ourselves aspiring and dreaming of another world…

A world far from pollution, noise or lack of space, and yet so close to home.

An authentic world where we can connect back with Nature, breathe clean and fresh air, enjoy all the space we want, connect with ourselves and each other again, and take the time to seize the day, slowly, peacefully.

This world exists…Welcome to the World of Huttopia!

Huttopia is above all an adventure, both for Huttopia’s teams and customers and for the regions that welcome us.

The adventure began in 1982 in Die, in the Drôme region of France, when Philippe’s father took little Philippe along with him every weekend to help prepare the campground he was setting up with a friend. It continued in 1992 when Céline and Philippe went to live in Canada, where camping in the National Parks really left them with a lasting impression.

It began to take shape in 1999 and it became finally real in 2000 with Huttopia’s first small campground in the Alps, and the opening in 2005 of the first two Huttopia campgrounds in Versailles and the Touraine. Following this, in 2008 we set up our first tents in National Parks in Canada, in 2013 we took our first steps in China, in 2015 the USA and the Netherlands, and in 2016 we joined the UNWTO, followed by new projects in many different countries.

We developed Huttopia simply because we wanted to create our dream campground. A destination in the heart of nature, with beautiful and comfortable, lightweight amenities, where campers could really get back to the basics and enjoy life in true simplicity. The world is opening up, and the men and women who have gradually built this company haven’t finished making you dream!

What does a weekend or holiday in Huttopia glampings mean? 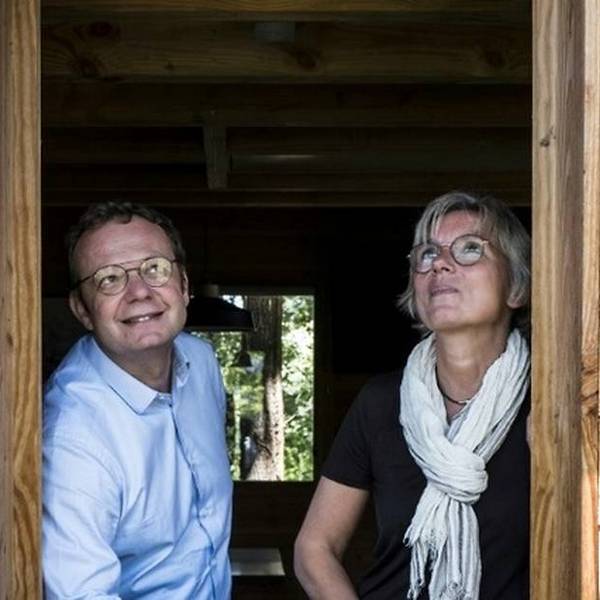 At Huttopia, we promise a ‘see, smell, touch, taste and hear’ Nature experience. ‘See’ because you will stay in an outstanding natural environment, and you will have the time you need to observe trees, flowers, animals as well as breathtaking landscapes surrounding you. ‘Smell’ because you will finally breathe fresh and unpolluted air. Touch because, we will teach you how to cook French organic pastries or because you will plant your own aromatic plants which you will bring back home! Taste because you will try organic French wine or dishes. And hear because the birds will be singing on a lazy morning, almost like in a dream…

Huttopia glampings minimize their impact on the local surroundings and favour an approach towards greater sustainability.
Our light Wood & Canvas rental accommodations are made with natural materials and aim at integrating in their environment without altering it!
Food served at Huttopia restaurant, as well as products sold at Huttopia Grocery store are also mostly organic and locally sourced as much as possible.

Huttopia glampings minimize their impact on the local surroundings and favour an approach towards greater sustainability.
Our light Wood & Canvas rental accommodations are made with natural materials and aim at integrating in their environment without altering it!
Food served at Huttopia restaurant, as well as products sold at Huttopia Grocery store are also mostly organic and locally sourced as much as possible.

Because we understand you need a good rest after a long week in Shanghai or Hangzhou…
Our rental accommodations are equipped with air conditioning and top-quality bedding for both kids and parents.
After a good sleep, a French style breakfast will be served including French bread and pastries, freshly squeezed juice, coffee or tea, etc. A day starting like this will certainly be a good start!
Then you will be able to enjoy our facilities including a swimming pool, spa & saunas, kids’ playground, pétanque court, etc. And last but not least numerous activities for kids only and kids & parents to make your stay memorable!

At Huttopia, families or lovers are in the perfect environment to slow down pace, focus on the essential, and connect back together. Time to rest, read, laugh, share, try new experiences together and strengthen bonds. Huttopia facilities and numerous activities provided onsite will make your stay even more memorable!

Your safety is our top priority. That’s why at Huttopia, both our facilities and services are designed to make your stay both safe and healthy. All Huttopia glampings strictly put into place Covid health and hygiene prevention measures.

At Huttopia, we promise you a new and unique experience in Nature with comfort.
Where parents and kids will spend quality time together, learn and play through unique and varied activities.
Where you will create lifetime memories shareable with your friends and relatives on social media.
Where you will simply feel your batteries are fully reloaded after a weekend with us!

For more information send us an email at :

We can’t wait to welcome you on Huttopia glampings !